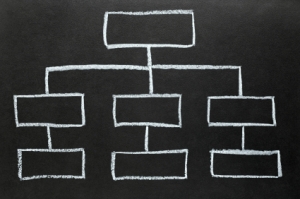 Leadership is not developed overnight. It is something that takes deliberate practice and intentional reflection on lessons learned. Growing as a leader starts with the foundation of being a follower and builds using those skills. Many organizations have a clear leadership path as new ranks are achieved; however, the tools needed to be successful are not often passed on very well. By understanding the hierarchy of leadership, one can know what to expect and what type of training to seek to become successful.

Most squadrons have a great organizational structure on paper, but the leaders are not prepped very well before and during the assumption of their leadership roles. Most of this is because of the “way it has always been done”mentality. Here is how most organizations operate: those who work very hard and stand out amongst their peers deserve to lead a team. They get promoted as a team leader, but not really trained on their role because it is assumed they know the job already or because the person training them was trained by the old “sink or swim” method themselves.

This person does know his or her job very well and that is why they stood out amongst the others. However, the duties and responsibilities of a team leader are completely different than those experienced as an everyday worker. The job is no longer how to do the job; it is how to enable the team to complete the job and to groom them for the next stop in their career.

When someone is new to the military, they are trained on the ins and outs of the job during their technical training and upgrade on-the-job training (OJT). When certain ranks are earned, there is Professional Military Education (PME) preparing the person for how to act and function in that rank, but not necessarily for the role they are filling. Those earning a new leadership role often get a list of responsibilities and then learn by trial and error what really matters. Some people even define their day to day functions by what they have to answer to. This is where we can all improve, but it takes truly understanding the different levels in the hierarchy of leadership.

There are certain levels of leadership that are universal to any organization. The only variable is due to the size of the organization, some levels may not be needed. First off, there is the self-leader or, as the Airman Handbook labels it, followership; then there are one-on-one leaders; the team leaders; and multiple team leaders.

Self-leadership is being able to perform the basic functions required to be a member of the organization. Show up to work on time and be ready to perform the duties. There is a need to be able to complete the role and be a functioning part of the team. Once the basics are understood and this person begins to shine above his or her peers, it is time to be given a leadership position.

Usually, the first step is being given the opportunity to train another as a one-on-one leader. It only makes sense to have someone who understands the tasks to give the OJT to another. This is often not too hard of a transition to make. There are some challenges that go along with it, but most people are able to show a peer how to complete a task. Once again he or she stands out as a top-notch trainer and it is time to be given a shop or crew to lead.

Now, the real challenges come into play as this person becomes a team leader. At first, there is a high potential for success. She or he is monitoring the work of the team and able to interject like when fulfilling the one-on-one leader role. Short term success is not difficult, because it is often completing the typical work. The challenges arise when deadlines are not met, people have personal problems, or when the team leader has to be the “bad” guy. However, over time, a routine and systems are developed to dredge through these tough situations and once again a star shines.

The last level of leadership in the hierarchy of leadership is one of the most challenging. It is the multiple-team leader. In this position, the leader is now levels removed from the actual boots on the ground worker. No longer does this person see the daily struggles first hand. It is a tough position to be in when making decisions, because the impact is felt by those who matter the most.

Not everyone achieves each of these levels of leadership. There are some with rank and position of a multiple-team leader; however, they are not very good one-on-one leaders and this is evident. To be great at the next level in the hierarchy, the previous level has to be mastered in order to be effective.