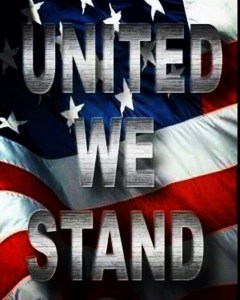 Racism still exists. When tragedies like this occur, the same cycle repeats. There is a cry for justice that is fueled by racial undertones and then there is the desire to prove how non-racist we are. This forces a pushback with examples of racism and contradictions on both sides of the issue and all the while anger builds and the true issue is ignored.

I have seen this same cycle play out over and over again. It is getting old as no progress is being made and a wedge is being driven further and dividing our nation more and more each time. This has to stop and we need to solve this problem of racism in our country once and for all.

In terms of a conflict, both sides are getting put on the defensive and are lashing out to defend themselves. Just like a cornered animal, when we feel we have no other option or feel like we are in danger, we go into survival mode. The black community is scared and angry about how they are treated by the police and in their neighborhoods. They are tired of watching the senseless deaths at the hands of those who swore to protect and defend the community. Frankly, we all should be.

This alone is where the narrative should be focussed and solutions worked towards. Instead, when the white community hears about racism, they feel as if they are being called racists and get angry. I get angry too at the thought of being called a racist when I have never treated another human differently based on anything other than their character. However, we need to take a step back and understand where this is coming from. It is coming from a place of hurt and desperation. The white community needs to stop trying to prove how non-racist we are and listen for once.

Every single argument that has ever been had throughout the history of the world is due to a breakdown in communication. When we take the time to understand the problem and stop pointing fingers at each other, we can attack the problem. Politicians are useless. The media is useless. They have no motivation to solve these problems for us. When a nation is divided, political parties prosper, so please stop fanning the flames and realize we are Americans first and “united we stand, divided we fall.” My motivation comes after looking into the eyes of my children. This is not a problem I want them to deal with. I don’t want them to continue this cycle and I don’t want another’s child to be afraid of the police or to safely walk in public. That is heartbreaking!

Is it wrong for others to loot and destroy? You’re absolutely right it is. However, this is the current step in this cycle and the cycle needs to be broken. There is only one way to do that effectively and that is to go back to the beginning and look at the root of the issue. We need to swallow our pride. I know I am not a racist and neither are you. As leaders we have to have thick skin and really work to get to a solution. It means being called names, it means taking some hits to the ego, it means the world to those whom we help when we get it right. My leadership team was once accused of being racist because we chose a white person for a leadership role. At first, I was furious and was about to call everyone to the line. Then I had a moment of clarity and realized this pain is coming from somewhere. Ultimately, I did gather with the team and we discussed their feelings and got everything onto the table and dealt with it.

If Americans feel like their rights are being ignored, this is a problem. When someone says “Black Lives Matter,” they’re not saying white lives don’t. The reply shouldn’t be “all lives matter,” it needs to be, “yes they do.” Of course I no longer want to be called a racist and don’t want to raise my children to think they aren’t allowed to have a voice because they are white and privileged; however, the real problem is there are Americans living in fear and that needs to stop. Please, stop defending your position. Stop pointing fingers at others. Let’s highlight the real issue and make every American know they belong. Once we work at this, the cycle will be broken and the other problems will go away too.