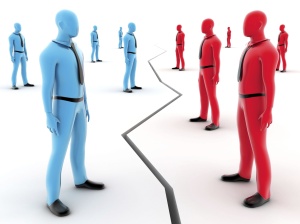 With the current protests and outpour of support for George Floyd, all of America actually agrees on something for a change…so why all of the fighting? This is the time to focus on the problem and figure out how to restructure the system to prevent further police brutality. This is something that can be solved.

How many times in your life have you seen the entire nation agree on one point? This is only the second time I can recall in my 40 years on Earth. The first was 9/11 and now we all agree the police officer killed George. Even President Trump supports this as he addressed the nation and said, “All Americans were rightly sickened and revolted by the brutal death of George Floyd.” I have not heard a single argument in defense of the officer. Other incidents of police brutality offered some ambiguity as to how they could have escalated to those points, but not this one. Why are we still arguing?

We are all now attacking the peripheral issues instead of the actual problem. We are taking medicine to treat the symptoms, even though we know what the problem is. We shouldn’t be talking about all of the white people killed by black cops and why there was no outrage over that. If you care that much, why didn’t you raise a stink about it then? Who cares what the media picks up and what it doesn’t? According to a Gallup survey, only 41% of Americans have any trust for the mass media anyways. With 13% having “a great deal” and 28% “a fair amount” of trust. Why do we care what the media is reporting, we don’t trust it. For once in a long time, we have all seen the same footage of his death and ALL came to the exact same conclusion without the media telling us what to think…so let’s stand together and figure this out. But why aren’t we?

We simply are losing trust for one another as well. 64% of Americans say we are losing trust for our fellow Americans as well. We keep fighting and we keep standing our ground on the peripheral issues, because we don’t trust one another anymore. We are listening to the media (who we don’t trust) and to politicians instead of one another. The first step to gaining trust is to show up: be visible. When we stop bickering over the other things, we can truly see the problem. We ALL agree this was horrible, we ALL agree most police officers are good, we ALL agree there needs to be a change. We finally have a foundation to build on. So instead of defending our pride, what is the next step?

If it were me: