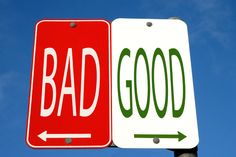 It is becoming more and more apparent that we are losing our ability to think critically. We are more polarized in our beliefs than any other time I have seen. This leads to binary thinking and short term leadership.

Binary thinking is when we think there are only two options and ours is the only correct one. This was obvious during the election. You are either democrat or republican. If you disagree, you’re probably a moron. Then to top it off, there is a whole community of people online who think similarly and will agree. The problem is that there are ALWAYS other smaller options that can be created together and will have a long lasting effect that do not impact our core beliefs.

For example, the latest debate is over gun control. Immediately two sides arose. There are those who think guns need to be taken away and those who feel it is their constitutional right to have them. Both sides cling to a very emotional belief and gravitate towards others to confirm they are right. They become so focused on their ideals that they no longer are able to solve the issue. It is like religious beliefs. Telling others they are wrong does nothing except deepen their belief.

We have to stop attacking beliefs and seek other solutions. For example, those high-schoolers who are trying to get guns taken away will likely not succeed due to the complexity of overturning an amendment. True, it is good they are voicing their opinions; however, they could be using this platform to control something within their power. Something like encouraging others to treat outsiders with respect. The kids who shoot up a school and those active shooting a business are not the ones who feel like they are part of the tribe. Instead of judging kids for what shoes they are wearing, learn more about who they are.

Even if one side was able to tip the scales in their favor, the pendulum will eventually swing back the other way. We see this every time a new political party takes control of the government and the old regimes policies are overturned. It becomes a never ending cycle. We do the same thing in our organizations. Some leaders like certain things and when they take over change it to how they want it. Every two years I have to learn a new writing guide when the new wing king takes command. Then the next person reverses this decision. This goes back and forth.

This is short-sighted leadership. Instead of looking for the popular idea that you agree with and seeking those who agree; look for the small solutions that can make an impact. Like treating others students with respect or something else that could benefit others on your team. Don’t try to change a core belief it is not possible.